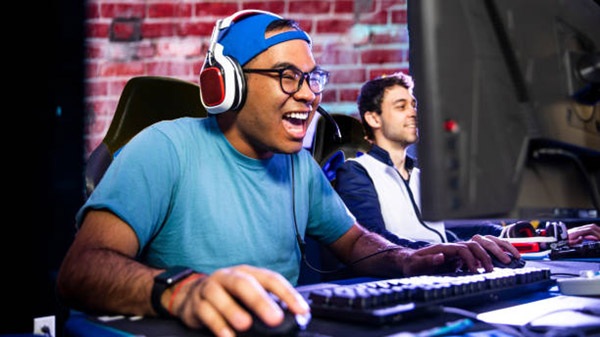 Cybersports are competitions in various computer games. Matches can be played in teams or solo, depending on the nature of the discipline. Sometimes there are also different competitions for teams and individual players in the same game.

How does it work?

In the disciplines, the prizes can be split between all participants and some of the higher ranked players.

The amount of prize money in tournaments is increasing every year in most games, and the cybersport itself is gradually being recognized as an official sport in more and more countries.

In the near future, this trend is not expected to decrease, so its development is now done in seven stages.

The key audience for eSports includes people between the ages of 15 and 25, i.e. those who can become eSports themselves, as well as consumers of gaming devices and other products that are advertised by large companies during championships.

The history of eSports as a sport

Initially, Esports worldwide were seen as frivolous because they lacked physical activity, and computer games themselves, to this day, are often seen as mere entertainment.

How it all started

The history of eSports goes back almost to the time when computer games first appeared.

Although many believe that the first competition took place in the 1990s, a similar tournament was actually held between students at Stanford University in 1972, with the winner receiving a subscription to Rolling Stone magazine.

The next, quite important, competition took place in 1980, when Atari decided to organize a Space Invaders championship. The event was huge, with 10,000 people attending. But it was the development of cybersports that we could talk about after the Quake tournaments started, because the game seemed really competitive, and the developer offered to give the winner his own Ferrari, which he eventually did.